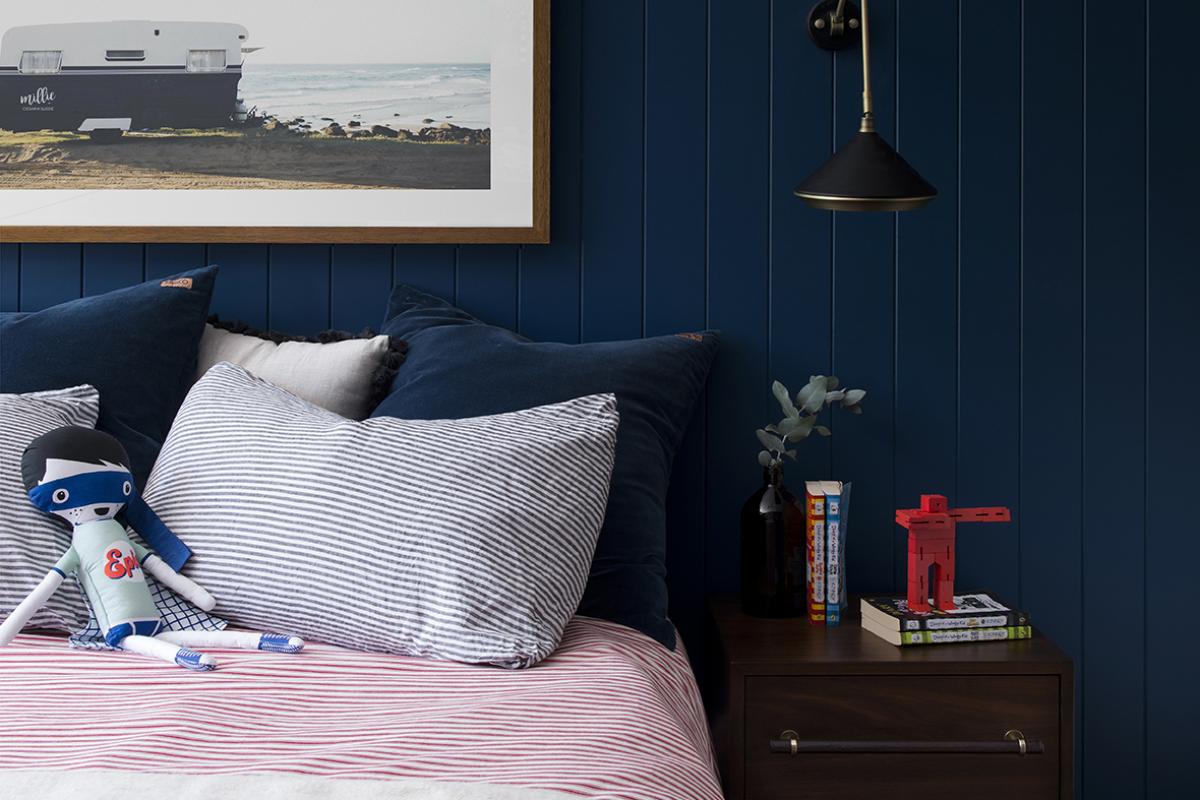 I love walking into Paddy’s bedroom, more so than Stella’s so maybe that means Stella’s needs something (food for thought) or maybe the primary colours in Paddy’s room are just more up my alley. It may also be because, by-the-book, Paddy gets up every morning, and makes his bed perfectly (and turns off his ceiling fan) before leaving his room so his bedroom is always looking camera ready. Fly-by-the-seat-of-her-pants, Stella, on the other hand leaves her bedroom like a war zone. 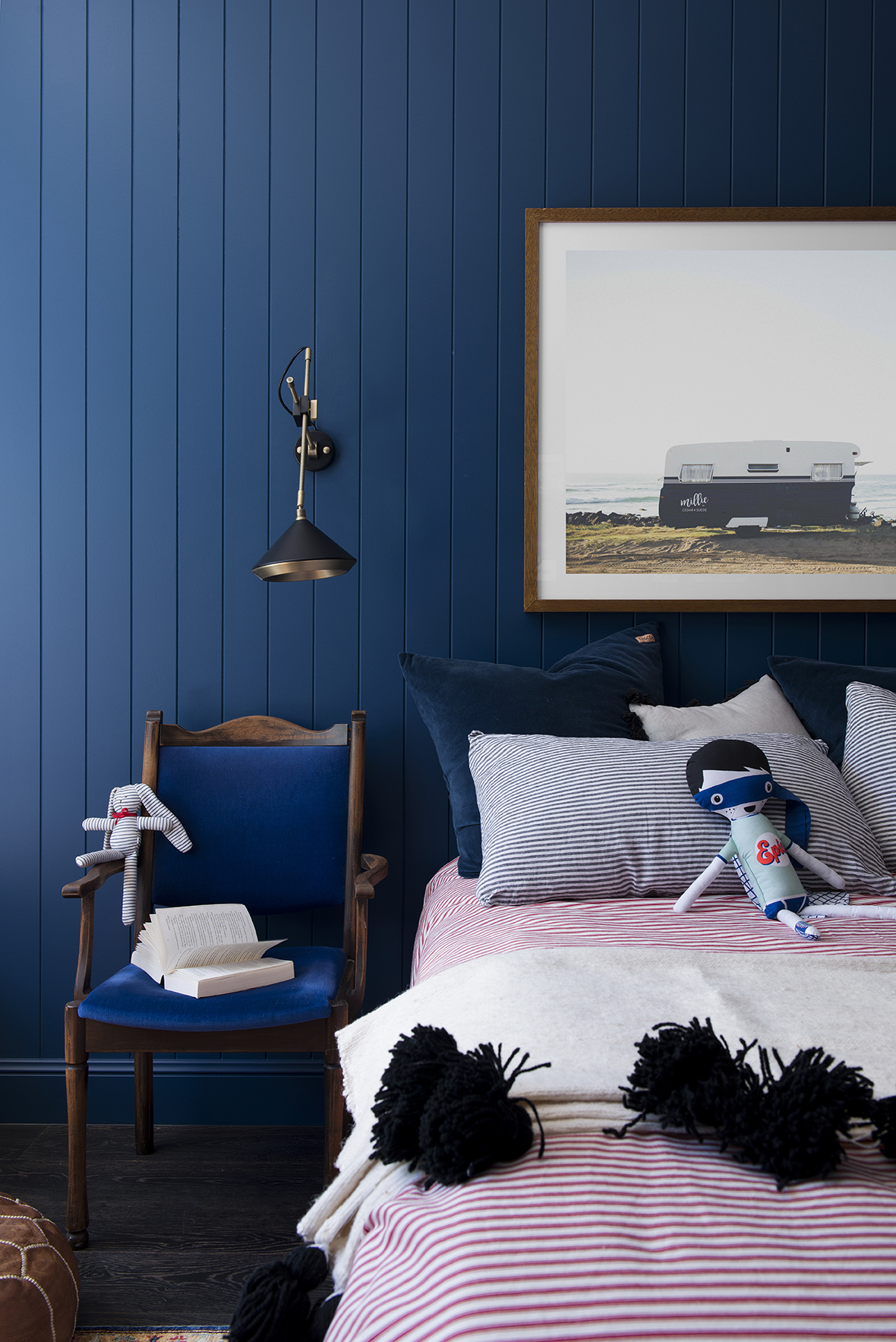 The blue, red and white colours in here are undoubtedly classic but there is nothing cliche about this space. There is enough ‘quirky’ in here to keep it interesting and unexpected.

The wall colour is Resene Madison. I tested 5 shades of blue on the wall and let the kids “choose” their blue.  Inverted commas because they think the blue on the wall is the one they chose but it was really the one I chose. They’ll never know. 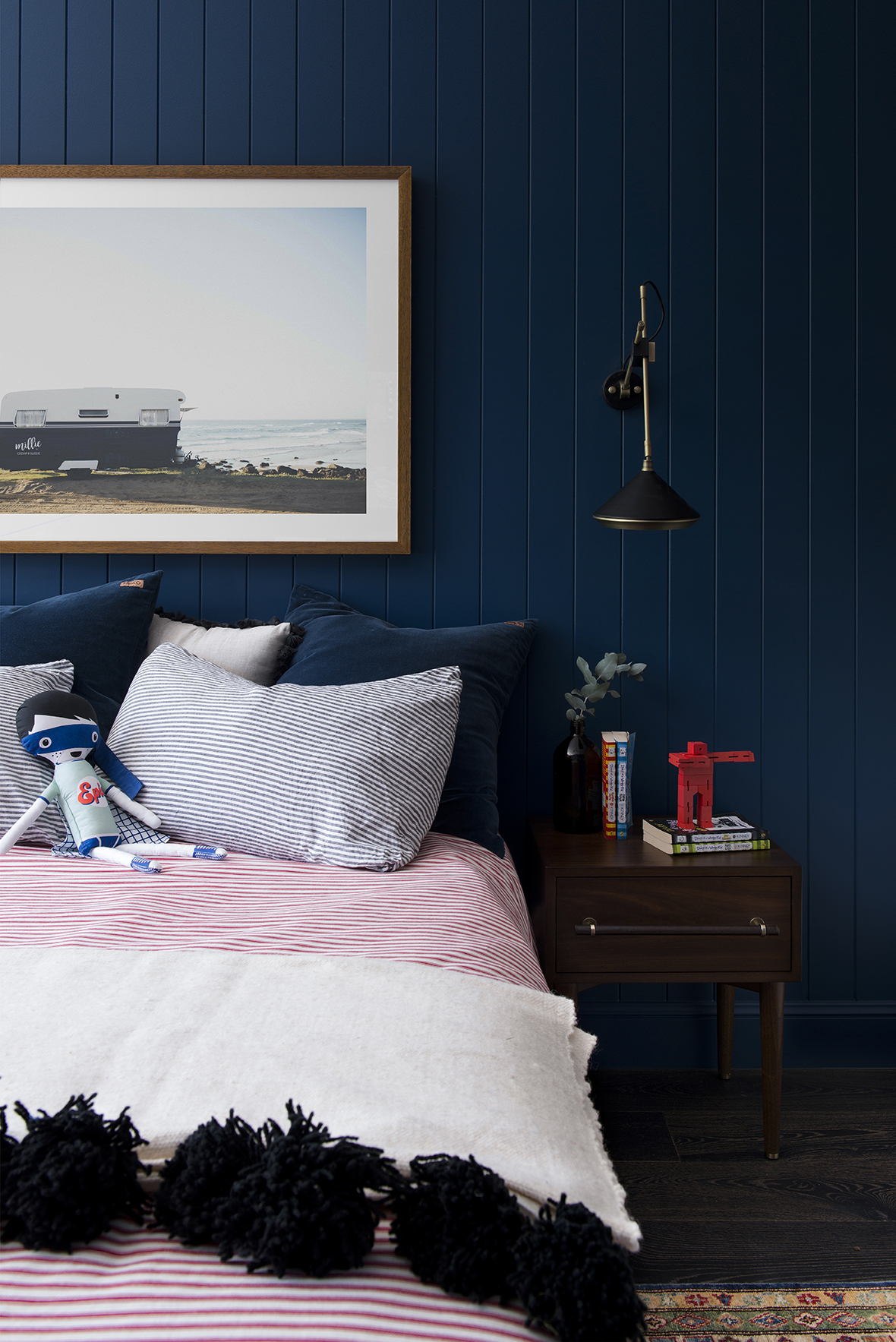 In all of our bedrooms I’ve substituted bedheads for large framed art largely as a cost saver but I DO really like this look. Millie, our vintage van makes an appearance again, as in the hallway. This was the first shot snapped on shoot day by photographer, Carly Brown when she was really just testing the light. It’s our favourite shot.

I could not find a red and white ticking striped quilt cover for the life of me so I had this made by a local sewer for $50 plus the cost of fabric, which I snagged for $14/m on sale at Spotlight (winning). The striped pillowcase is a winner from I Love Linen. They just released thick stripe range that I’m swooning over. The Navy velvet Euros are ones we’ve had for a few years from Kip & Co. The wall lights are from Sokol and the bedsides tables are from West Elm. 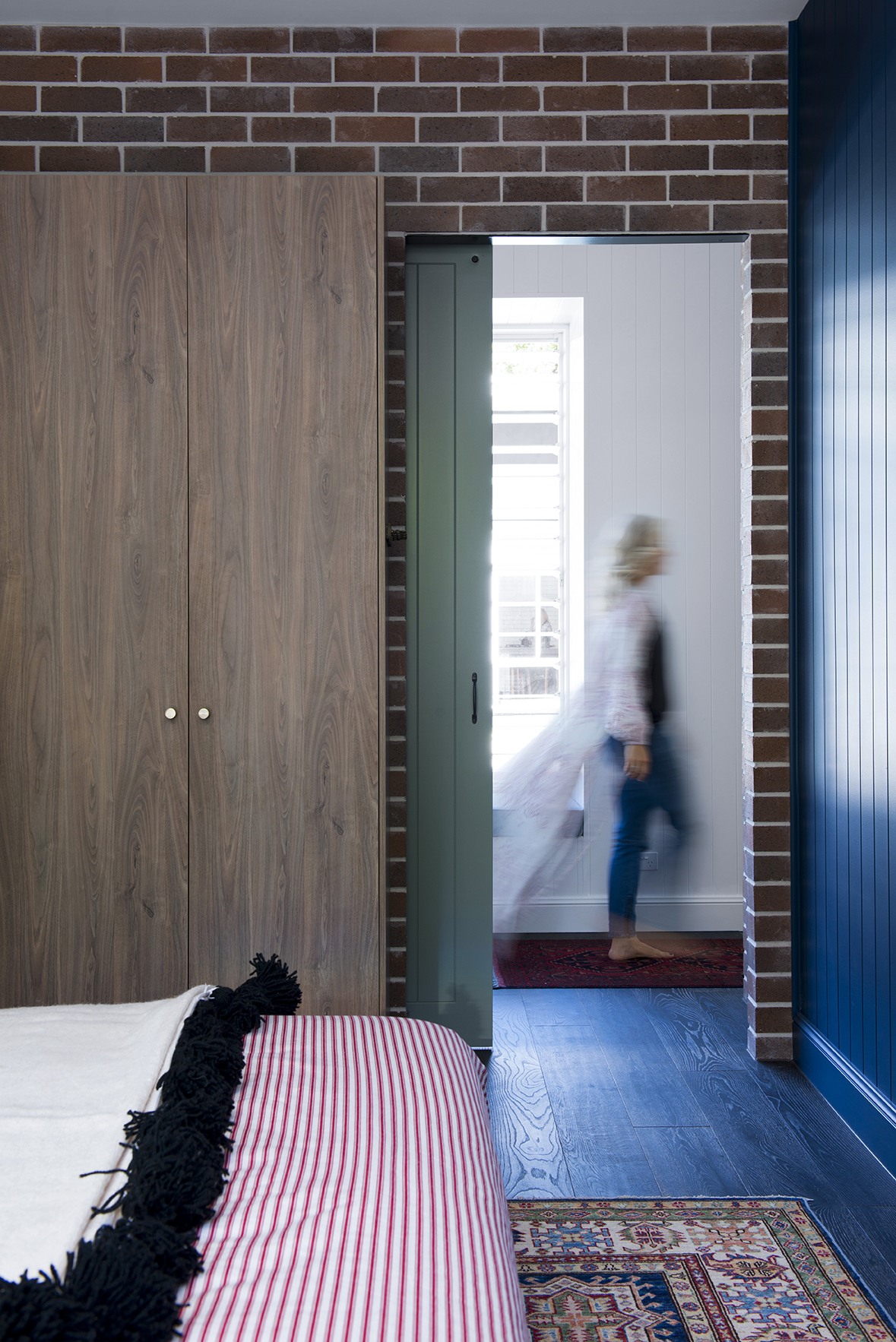 The rug poking in shot is from Decorug and gee it’s handsome in this space. ‘Handsome,’ that’s what this room is, it’s smart and handsome but not in an arrogant way. The cabinetry is by MCDAS. We’ve used Laminex Natural Walnut, as in the other spaces, and brass knobs from Lo&Co. The skirting and doors are by Hume Doors and Timber‘s Accent range and the simple door handle is from Bunnings. Thats is the same brick that we’ve used throughout. It’s PGH Bricks and Pavers Hawkesberry Bronze with white mortar from The White Cement Company. The timber flooring is a wide board oak called Black Mountain from Decorug’s  Woodline Antique range and the walls are again lined in Easycraft EasyVJ panelling. 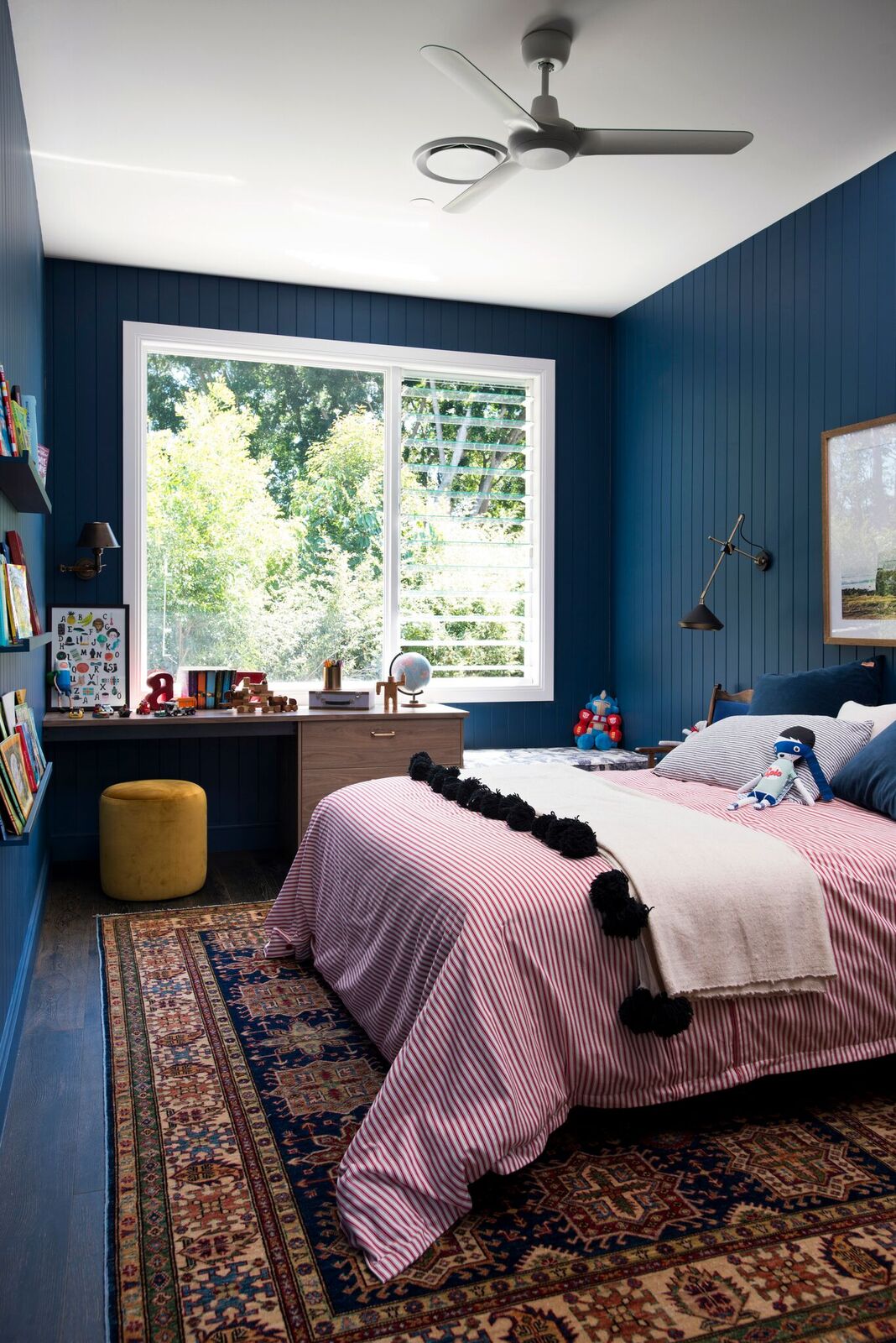 We had the desks built in which will serve the kids far into teenage years. The handles are a simple brass kind from Anthropologie. They have a fab hardware range but be mindful of the postage costs, as it comes from the States. The bench seat opens up to house way too many fluffy toys (what’s with kids and fluffy toys?) and is topped with the charcoal Grasstree fabric by These Walls. BTW, their new range is ridiculously divine (I want the Octopi wallpaper in a bad bad way).

The beautiful mustard ottoman is the Aloft Tall by Arro Home. It’s perfect as a stool for our kids at this age and down the track I look forward to being able to repurpose it as a side table in the living room. 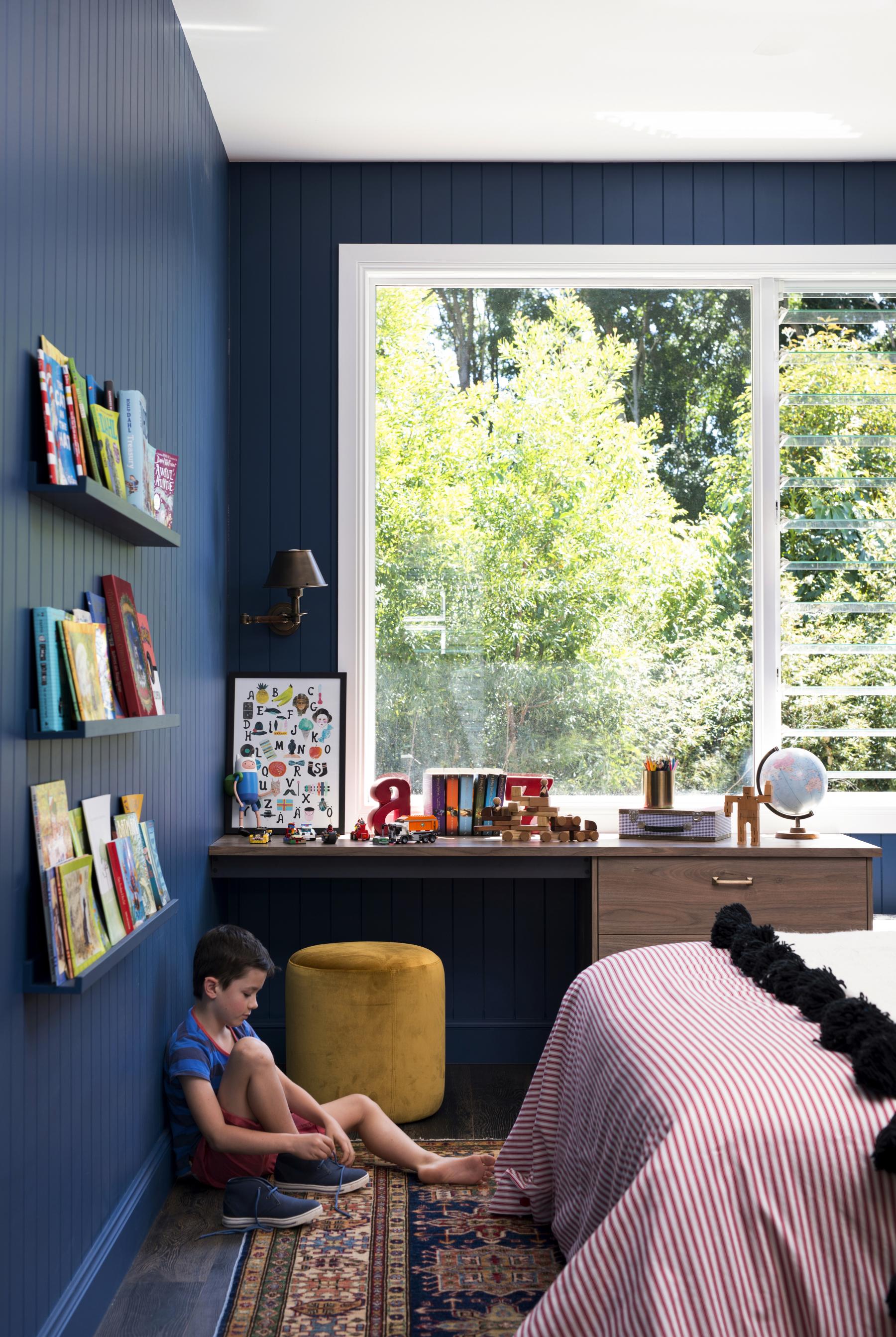 Those amazing windows are by A&L Doors and Windows and I’ve just locked in my window furnishings. Harrah! Paddy wakes up at 5am year round but I think we could get a bit more sleep put of Stella with the light blocked out in the mornings. We’ve gone with a linen look relaxed Roman blind for all the bedrooms. We haven’t gone with full block out backing for a couple of reasons, one being that my kids are old enough that they have a solid sleep pattern so 100% block out isn’t necessary. I also wanted to be able to pull the blinds down a little bit during the afternoon when they got direct sun without blacking out the room. The final reason is that I wanted some softness in the material to create a relaxed Roman look and a full blackout backing is too stiff. Install is end of January and I can’t wait! 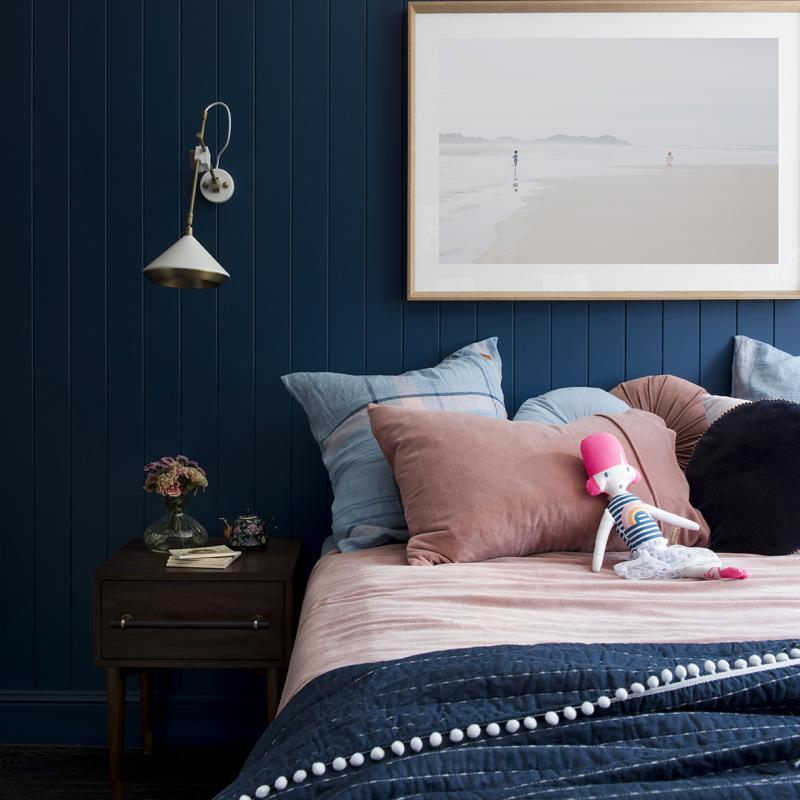 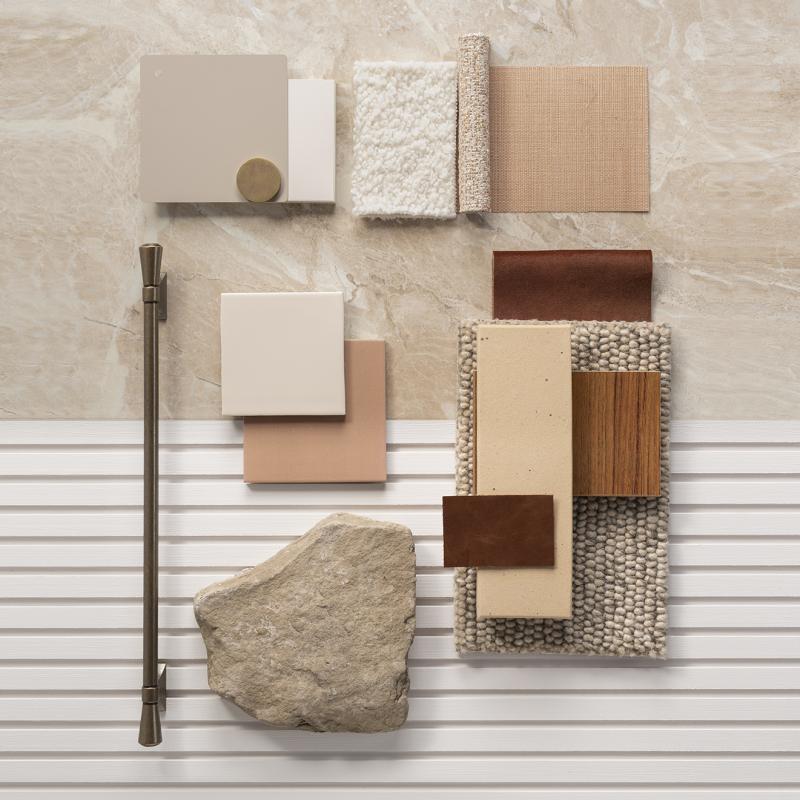